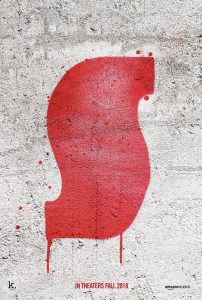 The first footage from the Luca Guadagnino’s Suspiria reimagining has screened to audiences at CinemaCon. Although we, sadly, don’t have the footage to share with you, we do have a host of reactions from Twitter for you to have a gander at. In short, it’s sounding GREAT.

Steven Weintraub calls it, “One of the most fucked up things I’ve ever seen at #CinemaCon”.

Erik Davis tweets, “Daaaamn! Props to Amazon for playing the sickest, gnarliest, most intense clip from #Suspiria to 3,000 people at this lunch. It features a girl (Dakota Johnson) dancing while another girl is being thrown around, body contorted in nasty ways. Wild & bold”

Amy Kaufman says, “Ummm I am traumatized after seeing a scene from “Suspiria” in which Dakota Johnson controls the body of another woman as she dances. The woman’s body literally cracks in half. She is like, torn apart. Spitting, urinating, bleeding. It’s… A lot. #CinemaCon”

Incredible. Just search “Suspiria” on Twitter to read more, but it’s all similar to the above and that is exciting.

I think the film world collectively sighed when it was revealed that Dario Argento’s Suspiria was being remade, but maybe it’s time we greet it with open arms.