It’s been close to two decades since the we first mourned the tremendous loss of Stanley Kubrick; the filmmaker is adored by horror and sci-fi fans for A Clockwork Orange, 2001: A Space Odyssey, Eyes Wide Shut, and (of course) The Shining (among others). 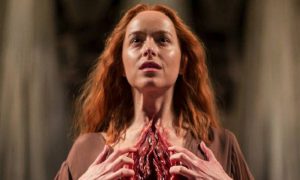 Though we may never see another creative genius of Kubrick’s caliber, Luca Guadagnino may have ventured into the master’s territory with his hotly-anticipated Suspiria remake. This according to one of the film’s stars, Chloe Grace Moretz (Let Me In, Carrie). 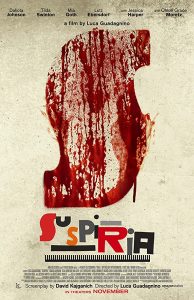 Her comments came during last month’s Provincetown Film Festival:
“This is a really big statement, but this is the closest to modern Stanley Kubrick I‘ve ever seen. You’re put into a world, which I can only describe it as being like ‘The Shining’ in a lot of ways, where you’re just encompassed in a filmmaker’s brain and you’re just implanted in there, and there’s nothing like it that you will ever see.”

‘New’ Suspiria Synopsis:
A darkness swirls at the center of a world-renowned dance company, one that will engulf the artistic director, an ambitious young dancer, and a grieving psychotherapist. Some will succumb to the nightmare. Others will finally wake up.

Original Suspiria Synopsis:
Suzy (Jessica Harper) travels to Germany to attend ballet school. When she arrives, late on a stormy night, no one lets her in, and she sees Pat (Eva Axén), another student, fleeing from the school. When Pat reaches her apartment, she is murdered. The next day, Suzy is admitted to her new school, but has a difficult time settling in. She hears noises, and often feels ill. As more people die, Suzy uncovers the terrifying secret history of the place.