The Survivalist to get a North American Release in May 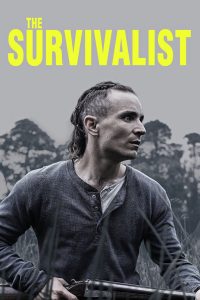 The Survivalist was originally released in the UK at the beginning of 2016, after screening at the BFI London Film Festival in October of 2015. However, the film never made it to the USA after the film’s original distribution rights went to Alchemy in 2015. Sadly, Alchemy went out of business leaving many films, including The Survivalist, without cinema, VOD or DVD/Blu-ray release dates.

Thanks to IFC Midnight, Stephen Fingleton’s impressive sci-fi debut is finally making it to the States. It’s an excellent post-apocalyptic thriller that deviates from what you’d expect from a world in recovery. It’s no Mad Max: Fury Road and turns the pace down considerably to create a thoughtful, intelligent and extremely intense feature film.

Synopsis:
A time of starvation. The Survivalist lives off a small plot of land hidden deep in forest protecting his crop from intruders with his shotgun and improvised traps. But the long years alone have taken their toll on him and he is beginning to lose his grip on reality.

Everything changes when a starving woman called KATHRYN and her teenage daughter, MILJA, discover the farm. Desperate for shelter, the mother offers up her daughter to spend the night with him in return for bed and board. Overcome with desire, Survivalist breaks his strict code of self-preservation and accepts them into his cabin. As the exchange becomes an uneasy ongoing arrangement, the women plot to get rid of Survivalist and have the farm for themselves. But just as they are about to put their plan into action, an intruder kidnaps Milja and Survivalist risks his life to save her. As he is nursed back to health by the women, food runs short on the farm and they are forced to make desperate decisions to survive.

The Survivalist is well worth watching and you can catch the film in limited cinemas and on VOD from 19th May 2017. Check out the new trailer below.