What a lovely surprise! Arrow Video has announced a special limited edition release of Candyman on newly-restored Blu-Ray.

The special features are INSANE and are as follows: 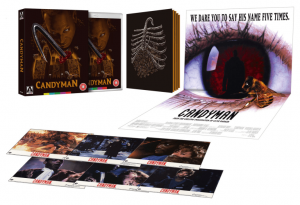 You can pre-order the edition now, but it will be released on 29th October 2018, so will make the perfect treat for this Halloween.