Synopsis:
Four American counsellors at a European summer camp must deal with the outbreak of a rage-inducing plague. With only a matter of hours before the children they are meant to be supervising arrive, the group must survive the night and stop a bigger nightmare. 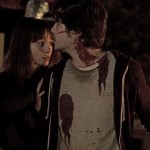 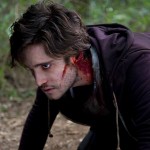 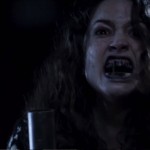 After serving as a producer for the celebrated Spanish horror franchise [REC] Alberto Marini finally turns his hand to directing. His feature debut Summer Camp is the perfect opportunity to prove his resourcefulness when it comes to scaring audiences and if his first film is anything to go by Marini clearly comes particularly well-equipped. Harnessing the raw ferocity of the [REC] franchise and combining a sophisticated sense of humour, he has delivered a downright delectable directorial debut.

The first act might be slightly thwarted by some awkward acting chops as the plot is set up but, after a troublesome start (that will no doubt drag on repeated viewings), Summer Camp evolves into a ridiculously fun horror film that races forward at lightning speed thanks to Marini’s keen sense of direction. Dark, twisted and excruciatingly scary in many places, Summer Camp swiftly engages its audience and maintains their attention throughout with a sophisticated sense of humour making the whole experience pure, unadulterated entertainment.

As I said, the characters do come across as a bit bland during the preliminaries but thankfully things improve as the film progresses. In the lead roles of Christy, Michelle and Will, Jocelin Donahue, Maiara Walsh and Diego Boneta perform to perfection. Jocelin plays the spoilt American teen struggling with her surroundings; Walsh plays a more spirited individual who would rather focus on the positives whilst Boneta plays the boy-next-door wanting to do what’s right.

Clearly seasoned in the art of genre, Marini has crafted some impressive jump scares. I refuse to cross over into spoiler territory but every single scare is perfectly timed and utterly unpredictable. Building on his theme of trust, Marini also implements an ingenious plot device which, in the way it is executed, makes Summer Camp feel surprisingly fresh resulting in some incredible character-driven moments.

Make no mistake, Summer Camp is first and foremost a horror film and has all the elements that will keep you perched on the edge of your seat. Sure, there are a hand-full of laugh out loud moments but Marini keeps a tight grip on his film and is quick to stun audiences with jarring horror moments and for this reason that I hope he returns to the director’s chair soon as he’s left us yearning for so much more.