Pop culture’s current obsession with and nostalgia for ‘80s kiddie adventures such as The Goonies is epitomised in Stranger Things and certainly didn’t hurt the success of It last year either. Getting in on the game and heading to Sundance Film Festival is Summer of ’84, which comes from the filmmaking team behind 2015 genre fave Turbo Kid. This week saw the first trailer land for the film, and you can see it below.

Set during, well, the summer of 1984, the film centres on a group of teenage friends, one of whom suspects his police officer neighbour may be the serial killer featuring on the local news. Joined by his buddies, the boy sets out to investigate, but as they delve deeper into the mystery, they find themselves in increasing danger. 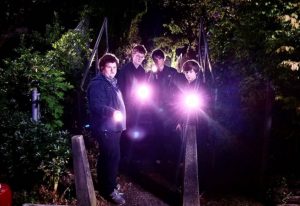