Submit Your Work for the MMBF’s Emma Dark Horror Award

The UK-based MMBF Trust – an international charity established to provide support and funding for budding film makers and events – is playing host to the Emma Dark Horror Award for the second year.

A former MMBF Rising Star award winner herself, actress/filmmaker Emma Dark has directed four short horror films to date, including 2015 debut Island of the Blind Dead and Seize the Night, in which she also stars as ass-kicking vampire assassin Eva. A virtual mentoring session with Dark is one of the perks on offer for this year’s winner, who will also receive publicity for their work via the MMBF Trust, assistance in developing their film or idea, plus £250 prize money towards their next project or creative endeavour. 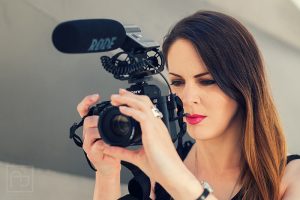 “Filmmaking is an art and in some regards an art form that is less supported than others in the UK, particularly when it comes to genres such as horror,” Dark says. “Having had recent successes with filmmaking myself, and winning an MMBF Rising Star award earlier in 2015, I believe it’s important to help assist organisations such as the MMBF that support up and coming, and particularly young filmmakers, enabling a new generation of outstanding talent and helping ensure that talent gets the recognition it deserves.”

To submit your film or idea, visit the award scheme’s FilmFreeway page