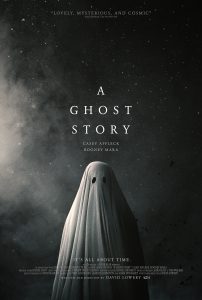 I’ve been indescribably eager to see the trailer for A Ghost Story and I am glad to report that it is haunting, beautiful and totally sublime. Following a ghost in the house he haunts, A Ghost Story is a tale of time and its eternity.

A Ghost Story comes from director David Lowery (Ain’t Them Bodies Saints, Pete’s Dragon) and stars Rooney Mara and Casey Affleck. Despite its horror-suggesting title, we’re not expecting to be scared to death from this film, but rather expect to be quietly chilled by its low-key storytelling and imaginative depiction of a haunting.

Check out the trailer below and bask in its subtle and effortlessly engrossing story that bursts with gorgeous and mesmerising imagery.

A Ghost Story comes from A24 (The Witch, Green Room) so we’re expecting something special when the film is released on 7th July 2017 in the USA.