Strangled Gets a Limited Theatrical Run in the UK

The chilling serial killer thriller Strangled has nabbed a limited theatrical run in the UK from 17th November 2017. This comes after the film’s UK premiere at the upcoming London Film Festival where it will screen as part of the Thrill section on Monday 9th October at the Prince Charles Cinema.

Strangled is based on the real-life events that took place in the Hungarian town of Martfu in the 1960s. When the country was at the height of socialism, Martfu was struck by a string of murders and Strangled will explore the events that saw a man wrongly accused for the crimes. A detective soon becomes obsessed with the case and it is up to him to prove the man’s innocence or guilt. 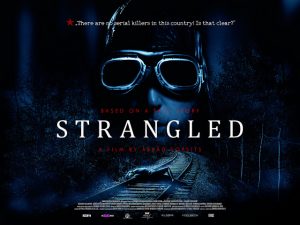 Be sure to catch Strangled at LFF or from 17th November if it’s showing at a cinema near you.