We’re now just a month away from the release of The Strangers: Prey at Night and, thanks to Social News XYZ, we’ve got a bunch of new on-set images from the long-awaited sequel to Bryan Bertino’s hit 2008 home invasion flick. 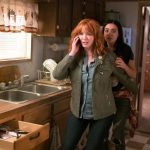 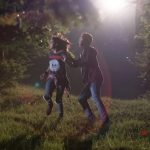 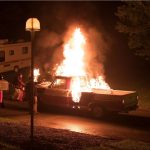 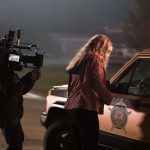 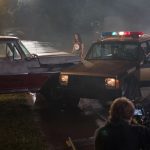 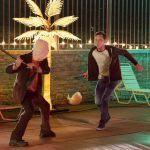 The film (which for a long time we thought we’d never see) reunites us with masked maniacs Dollface (Emma Bellomy), Pin-up Girl (Lea Enslin) and Man in the Mask (Damian Maffei) as they torment a new set of victims including Don’t Be Afraid of the Dark’s Bailee Madison, Christina Hendricks, Lewis Pullman and Martin Henderson.

Ten years since the original film, The Strangers: Prey at Night hits cinemas on March 9th.