Stranger Things Happen in the After the Lethargy Trailer 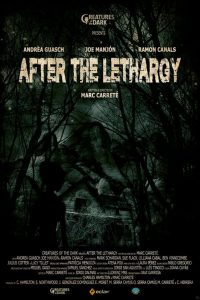 After screening at the recent Sitges Film Festival in Spain, the trailer for After the Lethargy has now been made available for all to see. We have it right here to show you and it looks very exciting. It’s packed full of tense moments and terror as a reporter and a park ranger seek solace in an abandoned military barracks.

After the Lethargy follows a reporter and a forest ranger as they investigate an area prone to extra-terrestrials. As you’d expect, they get a lot more than they bargained for when they find the rumours to be true: a strange creature lurks in the forest.

The film comes from Spanish director Marc Carrete, the director behind 2014’s Asmodexia, and stars Liliana Cabal, Andrea Guasch and Sue Flack. After the Lethargy has a release date slated for some time in 2017, so it’s coming soon.