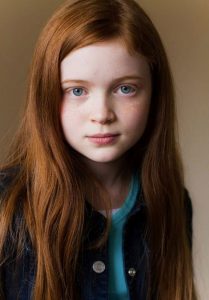 Stranger Things is already hard at work on its second series and has now cast two new additions to the show with Sadie Sink and Dacre Montgomery. Additionally, Joe Keery, who played Steve Harrington and Noah Schnapp who played Will Byers, will both be returning in season 2.

Sadie Sink has starred in American Odyssey, Unbreakable Kimmy Schmidt and The Americans, so already has a few popular TV shows under her belt. Nothing that compares to Stranger Things, obviously. She will play the role of Max; “a tough and confident girl whose appearance, behaviour and pursuits seem more typical of boys than girls of this era. She has a complicated history and is generally suspicious of those around her.” 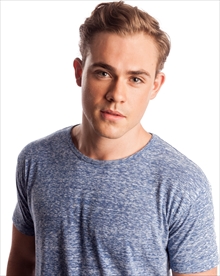 Dacre Montgomery is also reasonably unknown, but is starring in Chris Peckover’s thriller Safe Neighborhood and is set to play The Red Ranger AKA Jason Lee Scott in Dean Israelite’s upcoming re-imagining of the Power Rangers. He will play Billy; “Max’s hyper-confident and edgy older step-brother. He steals girlfriends away from their boyfriends, is great at drinking games, and drives a black Camaro. But lurking under his apparent charisma is a violent and unpredictable nature.” He sounds like he will either become the best of friends or worst of enemies with Steve.