Stop for Some Cherry Pie with these Twin Peaks Billboards

We’re getting ever closer to that May 21st airdate for the premiere of Showtime’s revived Twin Peaks, and things are already getting weird. A couple of billboards have popped up showing nothing but some damn fine cherry pie, and thanks to Welcome ToTwinPeaks.com, you can see them here. 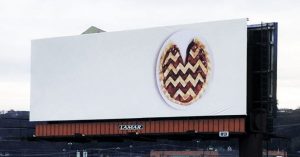 But is cherry pie all there is to see? That zigzag pattern of the crust looks somewhat familiar, and it’s hard to ignore how much that pie resembles an owl…

The 18-hour event series kicks off with a two-part premiere at 9pm on Sunday, May 21st, with the third and fourth episodes available to stream immediately afterwards for Showtime subscribers. 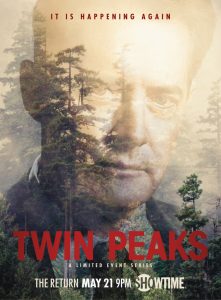 The revered cult series originally aired on ABC from 1990 – ‘91 and spawned a film, Twin Peaks: Fire Walk with Me, in 1992. It’s been 25 years since we last visited this weird little town, and it’ll be good to get another taste of Norma’s cherry pie.