Synopsis:
Fresh from Oxford, idealist young doctor Edward Newgate (Jim Sturgess) arrives outside the gates of Stonehearst Asylum, looking to learn from the resident doctors and gain experience in helping the mentally ill. However, what he finds buried deep in the bowels of the asylum threatens the order of things and could even cost him his life.

From the moment we see the very impressive Stonehearst Asylum, the film immediately becomes reminiscent of the old Vincent Price/Roger Corman collaborations, which is fitting as this story, like the collaborations between Price and Corman is also based on a story by Edgar Allen Poe. Dr Newgate arrives at the asylum with good intentions, looking to impart some of the knowledge he picked up from Oxford onto the resident Doctor, Silas Lamb (Ben Kingsley). Dr Lamb lets the patients mingle freely amongst the staff, creating what he believes is a more relaxed environment. “Keep a man in a cage and he will act like an animal, set him free and he will discover his humanity” says Dr Lamb. Letting the patients mingle lets them feel they are a part of society, and helps in their healing, so there is a method to Dr Lamb’s madness. Whilst at the asylum, Dr Newgate also meets the beautiful patient Eliza Graves (Kate Beckinsale), a beautiful woman who has arrived at Stonehearst under mysterious circumstances. The costume design and the lavish sets really do evoke a wonderfully gothic atmosphere. There are no scares here, just an air of menace and mystery that lingers throughout.

The dialogue is humorous in places, especially Dr Lamb’s reaction to one overly excited patient. Although it starts slow, the movie does offer enough small bites of mystery to entice you along and keep you eager to find out just what exactly has transpired amongst the vast walls of Stonehearst Asylum. There are plenty of ‘bumps in the night’, which eventually lead Dr Newgate to discover some startling secrets about Stonehearst Asylum, and just exactly who is who, as all is not quite as it seems.  The film does a good job at building tension, slowly leading to one or two thrills before building to a satisfying climax. The supporting cast are fantastic too, with David Thewlis lending a real air of menace as Mickey Finn, though his Irish accent is appallingly bad. Michael Caine, Brendan Gleeson and Jason Flemyng also flesh out proceedings, really adding to the period atmosphere with their wonderfully acted roles.

Director Brad Anderson is somewhat hit and miss with his previous films with Session 9 and The Machinist being a let down after some early promise, and Transsiberian being surprisingly gripping. The twist that is delivered, is delivered relatively early, which surprisingly helps in maintaining the tension that runs throughout the film. As Dr Newgate seeks to find answers to the questions he has and the revelations he has been presented with, we are right behind him, urging him on in a hope of satisfying our own curiosity. However, although one twist is delivered early, Stonehearst still has one secret left for us in the end. There is a quote at the beginning from a doctor who says “Believe none of what you hear, and only half of what you see”, wise words for those entering this asylum. 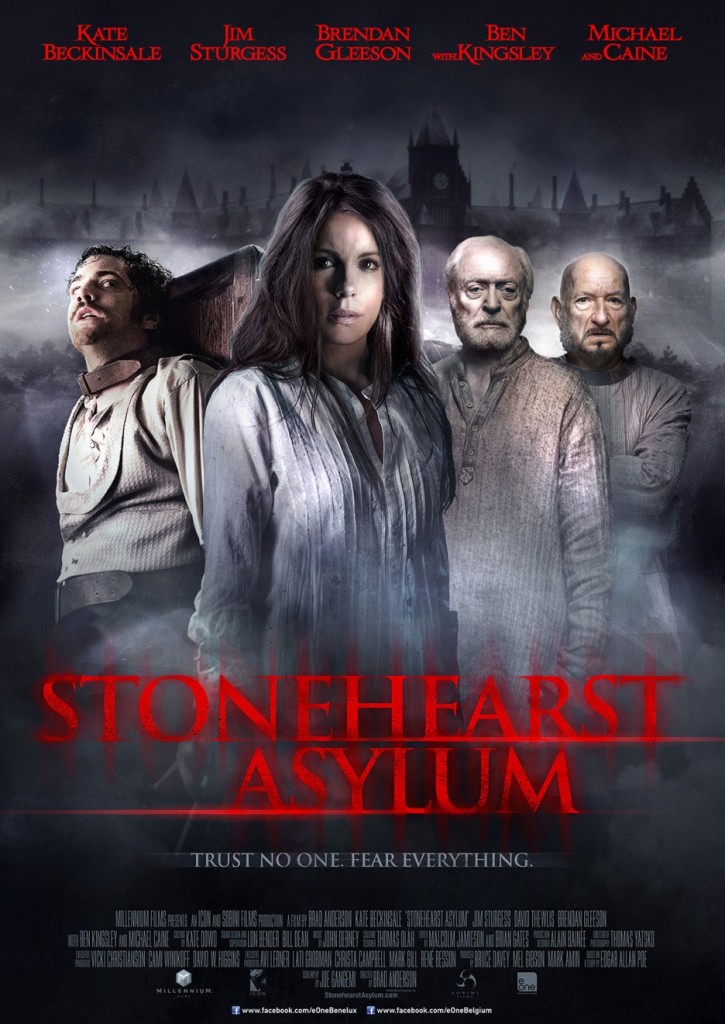