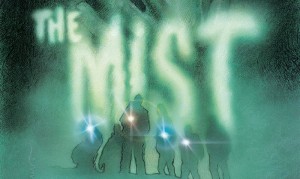 While screen adaptations of Stephen King’s stories have never been in short supply, studios seem to be crawling over each other to secure rights to his work of late. With films of It, The Dark Tower, Pet Sematary, Cell and Doctor Sleep in the works, as well as a TV adaptation of 11-22-63, it feels as though the author’s work has never been more in-demand.

This week, it was announced that Spike has given the greenlight to a “new original scripted series” of The Mist, based on King’s 1984 novella. The story was previously adapted by director Frank Darabont for his 2007 film.

Spike have ordered 10 one-hour episodes of the TWC-Dimension Television production, with a view to start shooting in the summer, ahead of a 2017 air date. As explained in a press release, Spike ordered a production pilot for The Mist in February, and after hearing the series pitch and reading the script, the network has decided to fast track a series. 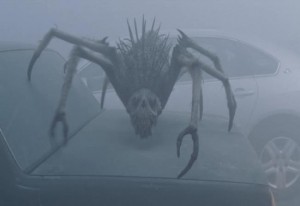 The press release also had this to say:
“From the brilliant mind of Stephen King and the incredible production team at TWC-Dimension TV, ‘The Mist’ will take audiences on a thrilling ride through a small town grappling with a mysterious and shocking horror,” said Sharon Levy, Executive Vice President, Original Series, Spike TV. “Christian and the entire team at TWC-Dimension TV have crafted the framework for a compelling and distinctive series that will resonate with Spike’s expanding audience.”