Stephen and Owen King’s Sleeping Beauties Is Coming to TV 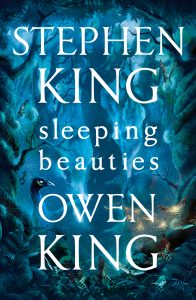 It seems like we have news of a new Stephen King adaptation for you every week! Sleeping Beauties, King’s 2017 collaboration with son Owen King, is the latest to get the adaptation treatment—AMC has made a pilot script commitment and is eyeing up an open-ended TV series.

Sleeping Beauties is set in a small Appalachian town during a worldwide phenomenon that causes women to fall asleep and become mysteriously cocooned. If they are disturbed, they fly into a homicidal rage. Left to their own devices and growing increasingly paranoid and crazy, many of the men turn their attention to the local women’s prison—and to a new inmate who may be behind it all.

Sugar23’s Michael Sugar and Ashley Zalta will be executive producers on the project. Stephen King has commented that he’s excited to see the novel adapted in a format that will allow all its drama and mystery to unfold.