Step Into The House on Pine Street in September 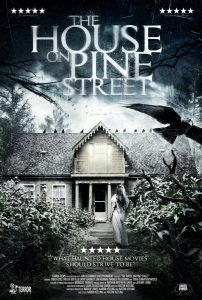 Critically acclaimed spooker The House on Pine Street is set for a US home release, courtesy of Terror Films, who are just beginning to unleash their 2016 slate. The initial release is set for September 30th, when the film will be available on the following VOD platforms: iTunes, Amazon Instant, Google Play, Vudu, Xbox, and PlayStation.

Directed by Aaron and Austin Keeling, The House on Pine Street was an official selection at no less than 14 film festivals last year, including the New Orleans Horror Film Festival, where it won the Best Feature award. It stars Emily Goss as Jennifer, who is forced to juggle maternal fears, ghostly presences and possible psychosis. Taylor Bottles, Cathy Barnett and Jim Korinke co-star.

Seven months pregnant, Jennifer Branagan reluctantly returns to her hometown in Kansas after an unexpected mental breakdown. Coping with her fears of motherhood, a strained relationship with her husband, Luke, and the overbearing presence of her own mother, Meredith, Jennifer struggles to regain control of her life. But when strange things start happening in their rental home, Jennifer begins to fear that it may be haunted. Alone in her convictions, Jennifer is forced to question her sanity as she attempts to find out what, if anything, is plaguing the house. 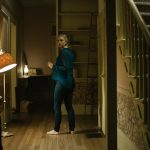 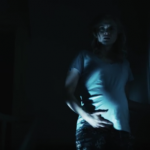 Terror Films plans to expand the initial release in the coming months to include Netflix, Amazon Prime, Hulu, YouTube and Vimeo On Demand as well as major VOD and DVD retailers. The film will also receive a very limited US big screen run, with cities yet to be announced. It is available now on UK DVD and VOD from Second Sight.