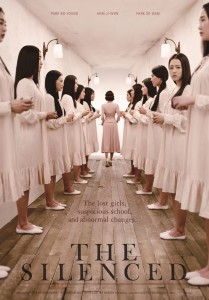 If you’re a fan of Asian cinema, and particularly horror, then you’ll be familiar with how terrifying South Korean horror films can be. They’ve released some known titles such as A Tale of Two Sisters, The Host and I Saw The Devil, so it should come as no surprise to hear that we’re all excited for Lee Hae-Young’s haunting The Silenced.

The trailer for Hae-Young’s film follows a young and beautiful, yet unwell girl that believes she has been sent away to regain health, although once at the sanitarium she discovers that others are disappearing without trace or explanation.  Her body also begins to change abnormally, and she suspects the school is the cause for both anomalies.

The Silenced will be released this June in South Korea. We’ll update you as soon as we’re given the details for more release dates.