Stay on the Path, it’s a New Trailer for The Forest 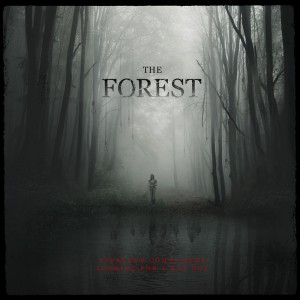 A chilling new trailer has been released for the spooky horror The Forest, which is set in the Aokigahara Forest AKA the Suicide Forest or Sea of Trees in Japan. The forest is infamous for its high suicide rate, with as many as 200 people attempting to end their lives there in 2010. In fact, officials have now placed signs at the forest’s entry to urge people to seek help and not commit suicide. Additionally, it is believed that the forest is haunted by the tortured souls of the dead who were left there as part of the ancient Japanese custom of Ubasute – where the elderly or infirm are brought to a desolate place and, literally, left to die.

The trailer has a couple of good jump scares and the atmosphere is impeccably creepy. If you find the true tales about the forest as alarming as we do, then you might want to watch this trailer, instead of heading to Japan to visit the place for yourself. It doesn’t sound like somewhere we’ll be taking a trip to anywhere soon.

Synopsis:
A supernatural thriller set in the legendary Aokigahara Forest at the base of Mt. Fuji in Japan. A young American woman, Sara (Natalie Dormer), goes in search of her twin sister, who has mysteriously disappeared. Despite everyone’s warnings to “stay on the path,” Sara enters the forest determined to discover the truth about her sister’s fate – only to be confronted by the angry and tormented souls of the dead that prey on anyone who wanders into the forest.

The Forest stars Natalie Dormer and will be released in the USA on 8th January and in the UK on 25th March 2016.