Stan Against Evil Renewed for a Season 3 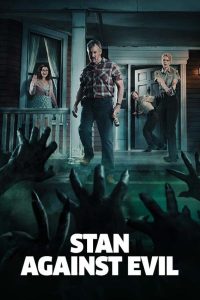 Created by Dana Gould, Stan Against Evil has been renewed for a third season over at Starz which means we’ll soon be able to find out what happens after that exciting end to season 2 in November.

The show is a comedic and bloody blend of Ash vs Evil Dead and An American Werewolf in London with a light-hearted tone, but plenty of horror goodness. It follows Stanley Miller, a loveable asshole played by Scrubs and Office Space’s John C. McGinley, as he defends his town against a plague of demons. The second season ended on quite the cliffhanger as Stan and his sidekick Evie (Janet Varney) have just opened a portal in to the past.

We expect plenty of old-fashioned demons wreaking havoc in the new season, which will premiere this coming autumn.