It is rare to find enjoyment in a horror sequel, because very few are able to maintain the impact of the first and develop the story in a way that is refreshing, interesting and worthwhile. However, Stake Land II is a more mellow, but equally as brutal sequel that impressively expands on the story began in 2010’s Stake Land. It’s certainly not without its flaws, and some may be disinterested in the film’s more heart-wrenching moments that sometimes feel forced, but this is a solid and worthy follow-up story to an original tale that put a fresh spin on the vampire genre. 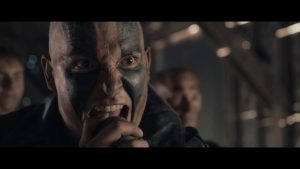 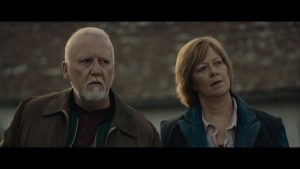 Directors Dan Berk and Robert Olsen (The Body) present us with a highly emotional tale of grief and revenge, set against a post-apocalyptic backdrop where there is no possibility of redemption. There is an instant appeal in the film’s decision to offer no hope for a new world, describing the world as a forgotten place that no one is trying to rebuild. As Martin’s pensive narration explains, the human race has succumbed to its destiny, learning to live with the blood-sucking threat that stalks the night and day. The atmosphere is effortlessly sombre and mimics the shroud of hopelessness that engulfed the first film, thus should again appeal to those that were drawn to Stake Land’s overwhelmingly low spirits. It’s a difficult and brave task to repeat the same bleak tone, but the combination of a softly emotive score and the convincing unfolding of events in the film’s heart-breaking opening sequence, help to shape a film that is believably and organically melancholy once again.

The enjoyment of Stake Land II owes a lot to the returning lead actors in Nick Damici as Mister and Connor Paolo as Martin. As Damici also returns to the role of the film’s screenwriter, it is almost ensured that the characters will be the same ones we left behind in 2010. Once again, Martin clings to his emotions as he is yet to reach the same level of disinterest and disengagement as his mentor. Nonetheless, Martin is no longer the child he once was and is, too, dealing with inner demons that threaten to fatally damage his inner need to be positive. The loss of his loved ones pushes him over the edge, adjusts his outlook on life for a second time and forces him to mature as he walks this dangerous world alone. As with Stake Land, there is more to fear than the vampires and it is the desperation of the human race that is perhaps the most threatening. With no hope of a future without the vamps, the few survivors are forced – or have perhaps chosen – to live lives that put their fellow humans in danger. Stake Land II explores humanity at its worst as it introduces us to cannibals, tribes that force people to fight to the death or be eaten alive and those that appease the vampires to save their own skins. This is another complex exploration of the human condition and despite not offering anything entirely new in its commentary of good vs. evil, Stake Land II still manages to be an effective, affecting and credible presentation of a post-apocalyptic society.

Stake Land II relies on hitting the same beats from its predecessor and it would be wrong to imply that what this sequel offers is totally refreshing. The inevitable reunion between Martin and Mister sets the film on a journey that we’ve already travelled. The pair are, once again, an unlikely team and it is shamelessly enjoyable to hear Mister speak his harsh home truths to Martin, consistently working as his teacher, but also more like an equal this time round. There are a couple of changes in their metaphorical position that make way for some nail-biting scenes and one of the film’s more religious moments offers a peak example of Mister’s decreased physicality. Nonetheless, he is still the overall badass we met all those years ago and there is plenty of action to remind us of this truth.

For all its depth and keenness to portray a vampire tale that is more forlorn than fun, Stake Land II is not without its moments of gory spectacle. The vampires are a gruesome and ugly presence in the foreground of a beautifully decayed world, captured with cinematography that is equally as striking as it is despondent. The contrast between the walking nightmares and the gorgeous setting is another example of Stake Land II’s mirroring of Stake Land, but it is impossible not to appreciate its attempt to recreate the clashing of splendour and revulsion that was captured in Jim Mickle’s original film. 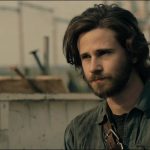 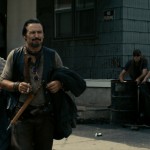 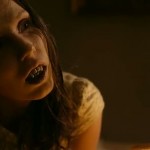 All in all, Stake Land II is an admittedly weaker film than Stake Land and it is impossible to not see the film as a slight imitation of its predecessor. However, the return of Damici and Paolo, as well as the film’s similarly saddened tone and beautiful photography, makes it difficult not to be impressed by this worthy and exciting sequel.