It Stains The Sands Red Coming in July

The Vicious Brothers’ sun-soaked zombie flick It Stains the Sands Red has been building quite a bit of buzz over the course of its festival run, which included stops at Sitges and the Glasgow leg of Frightfest. On Tuesday – the same day as its LA Film Festival screening – MPI Media announced that it will be releasing the film on VOD and for a limited theatrical run on July 28th, through Dark Sky Films. 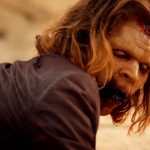 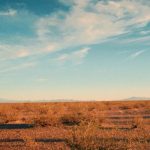 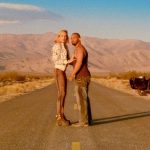 Under their collective moniker, filmmakers Colin Minihan and Stuart Ortiz (who directed 2011’s Grave Encounters) wrote the film, with Minihan directing. Check out the official poster and trailer below. 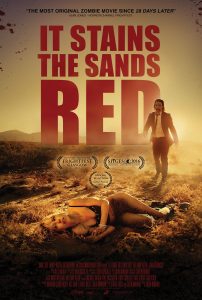 “It Stains the Sands Red begins following a zombie apocalypse when Molly finds herself lost in the desert with one of the rabid living dead hot on her trail. Although at first, she finds it hard to give him the slip, the situation gets even more complicated when the girl realizes that, unlike her, her pursuer has no physical need to stop and rest.“