Spooky Trailer for The Curse of La Llorona 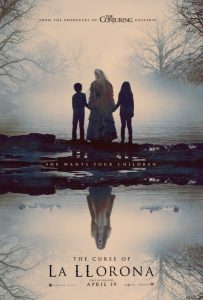 The first trailer has been revealed for the anticipated The Curse of La Llorona and it showcases the scariness we were expecting. In the film, a woman is cursed to wander the afterlife after drowning her children and committing suicide.

The Curse of La Llorona comes from produces James Wan and Gary Dauberman, so we’re expecting a proper crowd-pleaser. The trailer does showcase some predictably executed jump scares, but the idea of the ghostly crying woman is effortlessly ominous.

The Curse of La Llorana stars Linda Cardellini, Patricia Velasquez and Raymond Cruz. Be sure to catch her when she haunts from 19th April 2019 in the USA. Hopefully we’ll be treated to a release on our side of the pond soon.