With the upcoming Bed of The Dead and the continued adventures of Annabelle, haunted objects seem to be somewhat de rigueur in supernatural horror films right now. Which is good, because there’s a whole bunch of them to be found in a box in the attic in The Remains, for which this new trailer has appeared. 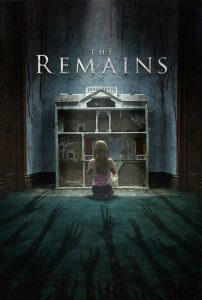 After a family moves into an old Victorian home, they discover a chest in the attic containing antiques tainted by a malevolent spirit. As the antiques slowly possess each family member, the spirit grows stronger, hellbent on kidnapping the children.

With slamming doors, a father driven to mania and an old house with dark secrets, The Remains may look a little generic, but that’s not to say the scares will prove ineffective. The trailer certainly delivers, suggesting something creepy, polished and perhaps quite James Wan-esque.

The Remains is released in the US on August 5th.