It’s been a long time since Steven Spielberg went anywhere near the horror genre, having given the world one of the greatest horror films of all time with Jaws, and having a sizeable input towards 1982’s Poltergeist (though how much directorial involvement is an argument I’m not even going to touch here). There are even a few viewers (this one included) who rank his suspenseful 1971 TV movie Duel amongst his best work. It seems though, that he’s not yet done telling scary stories, as his company Amblin Entertainment have just hired Spanish filmmaker Juan Carlos Fresnadillo (28 Weeks Later) to direct Haunted, Deadline have reported. 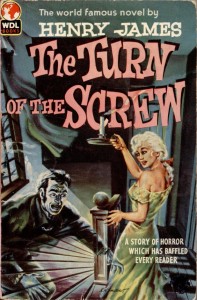 Based upon Henry James’ classic ghost story The Turn of the Screw, the film is scripted by Chad Hayes & Carey Hayes, the writing team behind The Conjuring and this year’s The Conjuring 2, as well as 2005’s criminally underrated House of Wax. Deadline described the film as a “passion project” for Spielberg, who wanted to be involved in something scary again.

Written in 1898, James’ book is a classic of gothic literature. The atmospheric, understated tale concerns a governess who is visited by ghosts whilst looking after two children at an English country estate. The two children deny knowledge of the spooks, but the governess and housekeeper Mrs. Grose become convinced that they are consorting with them in some way. The book’s macabre finale leaves many questions unanswered, and critics have been left to debate the nature of the story’s ghosts for over a century.