Spectacularly Spooky Trailer for The Conjuring 2 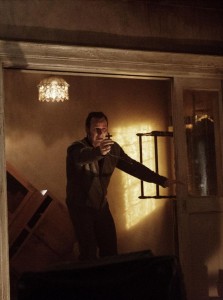 It’s here! After the recent tiny tease for The Conjuring 2, we finally have our first trailer and it’s a good’un. Mr James Wan does not appear to have let us down as he gives us a glimpse at the brand new horror story based on the case files of Ed and Lorraine Warren.

What begins as a slow-burn descent in to the horror soon becomes a fast-paced, frenzied assault on the senses. It’s all about the spectacle as we are shown crosses turning themselves upside down, windows shattering, furniture flying all over the place and, if you’re fast, you’ll catch a sinister shadow gracing the walls.

We were previously shown an image of Janet looks gob-smacked in her bedroom, and now we can understand why. The poor girl doesn’t look like she’s slept in weeks with black circles round her eyes and it’s no 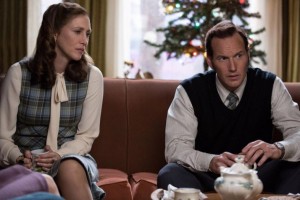 Based on the true story of the Enfield Poltergeist, The Conjuring 2 delves in to the shocking story of a family – in particular a young girl – who is tormented by insidious activity.

Check out the trailer and a couple of images below, and be sure to venture to see The Conjuring 2 when it is released in the USA on 10th June or in the UK on 17th June. Sleep tight!