Arrow is the king company for releasing some of the best and most terrifying classic horror films. Their special blu-ray editions typically come with an array of special features and crowned in beautiful, unique artwork. One of their upcoming releases in the J-horror scarer Dark Water and the special features have now been announced. They are as follows: 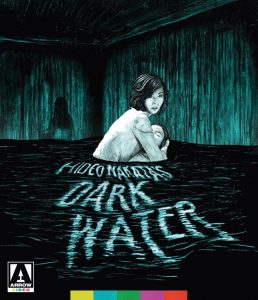 The blu-ray will also feature a reversible sleeve with original and newly commissioned artwork by Peter Strain, who has drawn gorgeous, terrifying artwork for The Shining, A Nightmare on Elm Street and Halloween.

You can purchase Arrow’s Dark Water, which comes from director Hideo Nakata (Ringu, Kaidan) when it is released on 25th October.