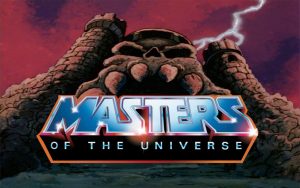 “I’ll be back!” Skeletor promised in a post-credits moment of 1987’s live-action adaptation of Masters of the Universe. Alas though, a generally poor reception and lousy box office put a swift halt to any plans for a sequel to Cannon’s undeniably silly film, which starred Dolph Lundgren as the mighty He-Man (pictured below). 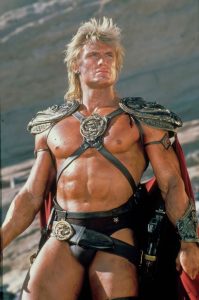 Silly or not however, Masters of the Universe holds a special place in the hearts of many a thirty-something (this one very much included) and, more than thirty years since making his ominous warning, Skeletor will finally be returning to the screen. Sony recently made the announcement that their planned Masters of the Universe reboot has a scheduled release date of December 18th, 2019.

Previously attached to direct was McG, although Sony are reportedly now looking for a new director to bring the kingdom of Eternia back to the screen. The script has been panned by Batman Begins/Blade writer David S. Goyer.

We’ll let you know as soon as casting news comes in. I could certainly see Chris Hemsworth as He-Man, although with Thor something of a signature role, that might be just a little too obvious. Jason Momoa as Skeletor, anyone?