Something Strange in the Neighbourhood in The Asylum’s Ghosthunters 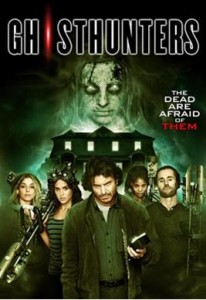 With a summer jam-packed with blockbusters, ripoff factory The Asylum were never going to keep their doors shut. The studio responsible for AVH: Alien Vs. Hunter, Transmorphers, Paranormal Entity and many, many more is gearing up for a big year, with upcoming ‘mockbusters’ Independents’ Day and Sinister Squad joined on their rota by Ghosthunters.

While obviously cashing in on the upcoming Ghostbusters reboot, Ghosthunters looks to be something of a mashup, seemingly taking cues also from The Conjuring 2. In an apparent attempt to double their potential audience, The Asylum have even put out contrasting posters for the film, one pushing the Ghostbusters feel while the other evokes a more serious contemporary horror in the Blumhouse mold. 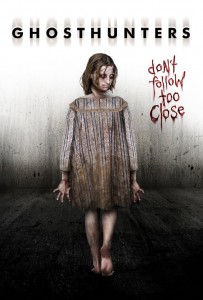 Stephen Manley, David O’Donnell, and Liz Fenning star in writer-director Pearry Teo’s film, which is available online in the US from July 5th. By the looks of this trailer, it’s taking for the most part an altogether more serious approach to its subject than that of its near-namesake, and actually appears to be photographed rather nicely for something coming from The Asylum. With some cornball lines from Manley, moments of steampunk imagery and those Blumhouse-aping spooks however, you’d still be wise to expect a somewhat uneven tone.

When one of their own loses his wife and daughter at the hands of a serial killer, a team of ghosthunters are determined to capture the spirits of the loved ones so they can finally rest in peace. But as the team members go deeper into the house, the ghosts become more hostile, and they discover the true secrets of the house and its murderer.