MPI Media Group just acquired U.S. rights to acclaimed revenger M.F.A., and will be releasing the film under their Dark Sky Films banner in the autumn. 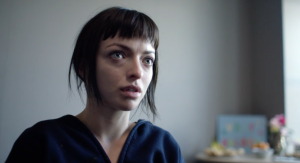 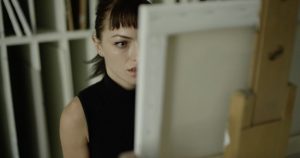 Going down a storm at this year’s SXSW, M.F.A. tackles the growing issues surrounding sexual violence on US college campuses in fittingly confrontational fashion.

“Noelle (Francesca Eastwood; Final Girl, Outlaws and Angels), an art student struggling to find her voice, is sexually assaulted by a fellow classmate. Attempting to cope with her trauma, she impulsively confronts her attacker, leading to a violent altercation that culminates in his accidental death. Noelle tries to return to normalcy, but when she discovers she is only one of many silenced sexual assault survivors on campus, she takes justice into her own hands. A vigilante is born – retribution is the inspiration she’s been waiting for.”

Brazilian-born Natalia Leite (Bare) directed the film from a script by actor/singer/filmmaker Leah McKendrick, who also co-stars. Fingers are firmly crossed for an announcement of a release outside of the US soon.