Two of John Carpenter’s most beloved characters – both portrayed in their respective films by Kurt Russell – will face off in a new comic from Boom! Studios. 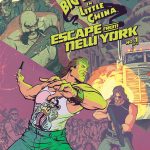 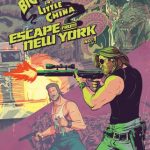 Carpenter has given his blessing to the Big Trouble in Little China/Escape From New York crossover, which sees Big Trouble’s Jack Burton “…transported to the dystopian future of 1997, where he meets his taciturn, eyepatch-sporting doppelgänger Snake Plissken.” The series will run for six issues, all written by Greg Pak (various X-Men and Hulk series), with art by Daniel Bayliss (Translucid). 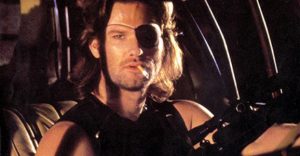 Boom! has already created series based on the two Carpenter films individually, as well as numerous other film licenses including 28 Days Later, Hellraiser, Robocop and Die Hard.

It has not been revealed whether Jack and Snake will be pitted against each other or working together in the new miniseries, the two cover variants for which you can see here. Either way, I’m sold.