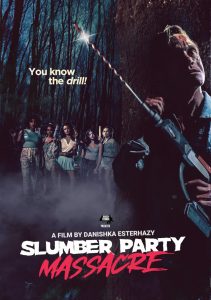 Slumber Party Massacre will premiere on Syfy later this year.