Now, this is a trailer. A slick, crazy, mad and rapid trailer has been unleashed for Leigh Whannell’s Upgrade. The film follows a man who gains the ability to walk again when he is implanted with a computer chip. What ensues is, for lack of a better description, completely batshit. 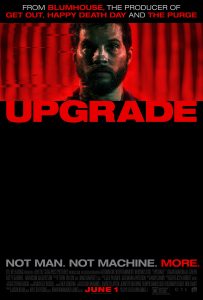 We’re excited to see Leigh Whannell’s second feature as a director after Insidious: Chapter 3, and it seems like he’s put his all into this one. It’s like Hardcore Henry without the nauseating first-person perspective, Robocop with added blood, guts and gore and a generous dose of John Wick’s stylish visuals. In short, it looks GREAT.