With Screen Gems’ Slender Man due to start filming next month, the film – based on the infamous and influential horror meme – is close to landing its first cast member, with 22-year-old Julia Goldani Telles in final talks to star. Best known for TV’s The Affair, Telles is currently shooting her first feature, comedy Most Likely to Murder, and will play a character named Hallie. 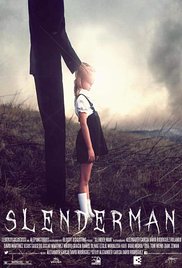 Sony’s genre arm, Screen Gems has been developing a feature film based on the Slenderman for a while now, having acquired the screen rights to the character from original rights holders Mythology Entertainment. In January they locked in Sylvain White to direct. While scoring his biggest hit with Jeffrey Dean Morgan/Zoe Saldana actioner The Losers in 2010, White’s earlier career saw him direct 2006 franchise last hurrah I’ll Always Know What You Did Last Summer, before making his theatrical feature debut with 2007 sleeper hit Stomp The Yard.

The elongated, faceless entity that provides the film’s basis was already a pretty widespread meme when it was propelled further into the public’s consciousness following the stabbing of a 12-year-old girl by two classmates in Wisconsin in 2014. When quizzed by police, the two girls said that the Slenderman made them do it. The crime, and the wider issues surrounding the digital age’s influence over impressionable young minds provided the focus of HBO’s 2016 doc, Beware the Slenderman.

Expect more on Slender Man in the coming months.