Sad news today for fans of the Sleepy Hollow series, because it has just been cancelled by Fox. As the fourth – and now final – season only featured 13 episodes, when compared to previous seasons’ 18, it is no real surprise. The show began in 2013 with over 10 million viewers, but has steadily declined in popularity since then. 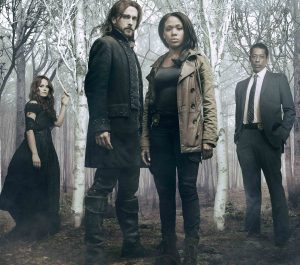 The show secured a loyal fan base with many praising its decision to bring Ichabod Crane to the present day, but that didn’t stop the audience figures from slowly plummeting. Between season 3 and season 4 Sleepy Hollow lost 37% of its total viewership, with the show only averaging 1.9 million viewers.