Sleep Well with Trailer for Brit Chiller The Sitter

A seemingly kushy house-sitting gig turns into a nightmare in supernatural creature feature The Sitter, which is coming to the US in June. While distributor Wild Eye Releasing has yet to confirm an exact release date, they have given us some pretty cool art along with this nerve-rattling trailer, which is fun and kinda corny, but undeniably effective.

Released in the UK under the title Darkness Wakes, the film was shot in a supposedly genuine haunted house in Oxfordshire, which the cast and crew lived in for two weeks during production.

Synopsis:
“The Sitter tells of Charlotte, a broke college student who gets a gig to house sit for an eccentric couple for a long weekend. She couldn’t believe how lucky she is. When darkness falls, things start to take a far more sinister turn. Charlotte is unable to shake the feeling that her every move is being watched and it is not long before her worst fears are confirmed — there is something else in the house with her…” 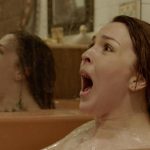 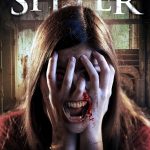 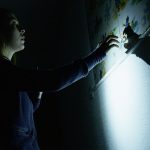 The Sitter stars Aisling Knight, Richard Kilgour, Jill Buchanan, Samantha Schnitzler and Bjorn Franklin. It was written, produced and directed by Simon Richardson, and is his directorial debut.