With its world premiere set for Monday 29th August at London’s Horror Channel Frightfest, vampire horror Blood Hunters now has a trailer and no-nonsense poster for you to feast upon. 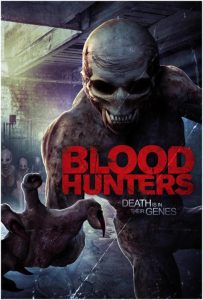 Toronto-based director Tricia Lee returns to the genre with an elevated horror about a single mother who wakes up in a medical facility to find everyone is dead and she’s nine months pregnant. As she struggles to escape, she discovers the facility’s secret: They’ve tampered with the boundaries of death and brought people back to life, but those who’ve returned have not returned alone.

But Blood Hunters is more than just about survival because horror is only the backdrop to the truth about how the simple choices in your life can have a ripple effect that can change the world.

Blood Hunters forms part of a mighty impressive lineup of films, and this trailer – which is slick, sick and damn cool – will no doubt go a long way towards filling up the fest’s Discovery Screen on the Monday.