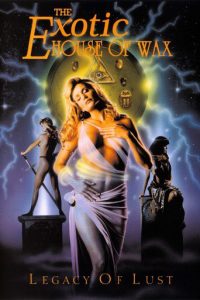 Legendary horror director/producer and Full Moon head honcho Charles Band already offers a ton of weird and twisted films through his company’s streaming service Full Moon Streaming. In addition to Full Moon’s back catalogue, it has the full Something Weird library of films, as well as that of Blue Underground. This week, the company launched a sub-channel for Full Moon’s ‘Sexy and Naughty’ film library.

Also due to make an appearance is Full Moon‘s brand new sex comedy Virgin Hunters 2, the sequel to the ’80s Morgan Fairchild-starring original which itself premiers exclusively on Full Moon Streaming on October 7.

With the catalogue of films always growing, you’ll have a job to find more trash, sleaze and sexploitation all in one place.