Slay Together, Stay Together with New Tragedy Girls Poster

Two teenage besties enjoy the fruit of the sociopathic labours in the new poster for Tragedy Girls, the digital age kill-spree horror-comedy which has so delighted festival crowds this year. 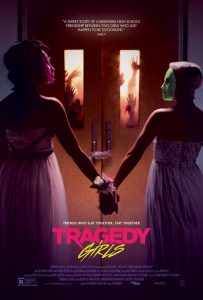 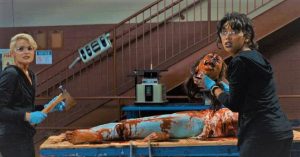 Best friends Sadie and McKayla are on a mission to boost their social media fandom as amateur crime reporters hot on the trail of a deranged local serial killer. After they manage to capture the killer and secretly hold him hostage, they realize the best way to up get scoops on future victims would be to, you know, murder people themselves. As the @TragedyGirls become an overnight sensation and panic grips their small town, can their friendship survive the strain of national stardom? Will they get caught? Will their accounts get verified?