Skybound to Release Definitive Bundle of The Walking Dead 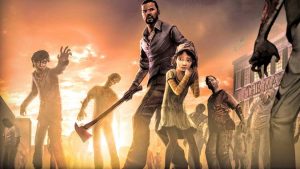 Telltale’s The Walking Dead video game franchise might have ended, but Skybound Games isn’t ready to bury it just yet. The publisher has announced it will be releasing The Walking Dead: The Telltale Definitive Series, featuring enhanced versions of all four seasons of the game, plus the spinoff game The Walking Dead: Michonne. The bundle will be available on PC via the Epic Games Store, and for the PlayStation 4 and Xbox One.

Fans who sign up for Skybound Insiders can also get their hands on one of three limited edition Collector’s Packs, titled Protector, Guardian, and Signature respectively. Available until May 31st, unless they sell out sooner, each pack will come complete with different digital features and exclusive physical content. Extra goodies include game-inspired t-shirts, baseball caps, figurines, and signed art prints.