WEREWOLF OF LONDON tends to be written off as some sort of dry run for THE WOLF MAN (1941), which kinda misses that the point that it was the original, setting the template for all celluloid lycanthropic terrors to come. True, there had already been 1913’s THE WEREWOLF, the earliest Universal horror film of all, but this 18 minute silent, an exploration of Native American legend, has sadly been lost since 1924.

This one came at the tail end of Universal horror’s ‘Golden Age’, that first cycle of sound horror movies generally agreed to have run from the release of DRACULA (1931) to its sequel DRACULA’S DAUGHTER in 1936. The studio was still under the auspices of that grand impresario Carl Leammle, Jnr, but this wouldn’t be for long. Not wanting to put all their eggs in one Karloff-shaped basket, Universal were hoping to cultivate another horror star. Brusque American character actor Henry Hull, who’d recently impressed as Magwitch in GREAT EXPECTATIONS (1934), appeared a reasonable option, and that film’s director, Stuart Walker, who was also responsible for the same year’s Dickens-tastic THE MYSTERY OF EDWIN DROOD, was brought in too. 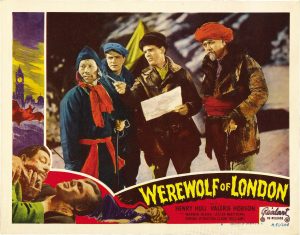 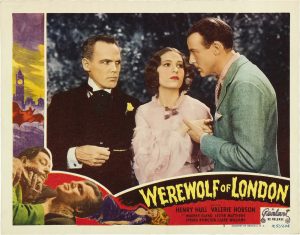 Hull plays Dr. Wilfred Glendon, a rich English botanist who survives a werewolf attack while searching for the rare ‘mariphasa’ in Tibet, a plant that only flowers in the light of the full moon. Months later, back in London, he’s unsuccessfully trying to make the plant flower by artificial means, and is approached by the mysterious Dr. Yogami (Warner Oland), who claims to have met him in Tibet, “once, in the dark”. You guessed it, he’s the very wolfman that Glendon tussled with, come to warn him that come the next full moon he’ll be transforming too. Only the blossom of the mariphasa can avert this: something of a Catch-22 when it’s only then that the plant can bloom!

His first transformation is avoided when he finally get his special lamps to work on the bloody thing, but when Yogami steals the successful blossoms, Glendon-as-werewolf is loose in the city to claim his first victims. Meanwhile, Glendon’s wife Lisa is understandably feeling neglected by the lab-bound Doc, and finds solace in the company of childhood sweetheart Paul Ames (Lester Matthews), recently returned from the States. This gives further fuel to the fire of Glendon’s unleashed lupine fury, but before too long Scotland Yard is on his hirsute case, as led by Paul’s uncle, Sir Thomas Forsythe (Lawrence Grant).

It’s hard to work up a great deal of sympathy for Glendon, who comes across as abrupt and slightly pompous – when he’s not feeling sorry for himself, that is. You can’t blame poor old Lisa for jumping ship. But there’s much to enjoy here. Jack Pierce’s classic make-up looks great, of course, a simpler but arguably better version of the more famous look he’d later create for Lon Chaney, Jnr. The first transformation sequence is devised though the use of some strategically placed pillars, ingeniously cutting to the next stage of make-up as he passes behind each one. And how many werewolves do you see today donning overcoat and cap before going out on the rampage? 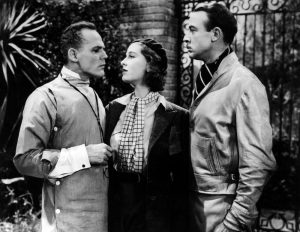 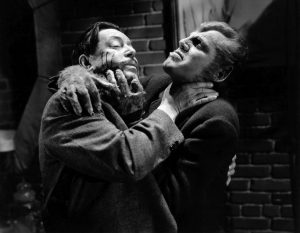 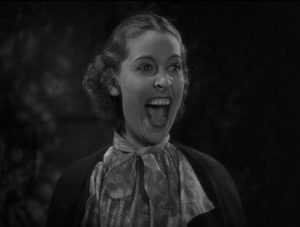 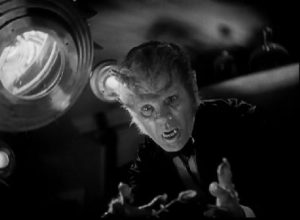 WEREWOLF also has a fine collection of supporting characters fleshing out its strange Hollywood conception of London. Oland, most famous for his numerous portrayals of Fu Manchu and Charlie Chan, is appropriately shifty in the role of Yogami, and Lisa’s Aunt Ettie (Spring Byington) is also particularly wonderful, providing comic relief as a ditzy upper-class socialite who can’t even get Yogami’s name right and is a bit too partial to her own punch. Similarly boozy and entertaining are the decidedly more down-at-heel Mrs Moncaster (Zeffie Tilbury) and Mrs Whack (Ethel Griffies), first found munching tripe in a seedy pub. The cynical could say that such characters simply represent an attempt to replicate the James Whale magic, but this doesn’t make them any less fun. Paul Ames is surprisingly sympathetic for a character that spends the entire movie sniffing around Glendon’s missus.

Aside from this, the film benefits from that gorgeous look shared by all of Universal’s thirties horror films, with cinematographer Charles Stumer (THE MUMMY, 1932) really imbuing this fantasy London with a life of its own. There’s some great production design, not least in Glendon’s then-futuristic lab, complete with very early CCTV monitor. 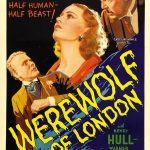 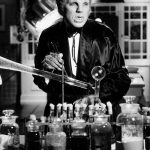 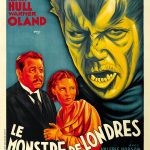 For all this the film was destined to flop on release, and horror stardom would fail to beckon Henry Hull as a result. It suffered greatly from being released a little over a week after BRIDE OF FRANKENSTEIN, an impossible act to follow, and was generally dismissed as an inferior copy of Rouben Mamoulian’s DR. JEKYLL & MR HYDE (MGM, 1931), which is admittedly a difficult point to argue with. On top of all this was a general feeling among critics and the cinema-going public that the horror genre was a mere ‘fad’ that had just about run its course. If only they knew, eh?

Today WEREWOLF OF LONDON stands as a true genre milestone and as such constitutes required – not to mention highly pleasurable – viewing for any devotee of macabre movies.