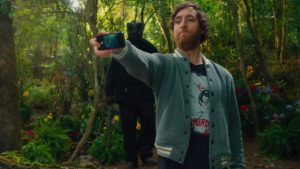 Another name has been added to the stellar cast for Legendary and Warner Bros.’ Godzilla: King of the Monsters, and it’ll please fans of Silicon Valley. Just announced is the addition of Thomas Middleditch who, outside of his lead role in Mike Judge’s brilliant sitcom, co-starred in meta-slasher The Final Girls and (in voice only) Kong: Skull Island.

Godzilla: King of the Monsters will be directed by Trick ‘r Treat helmer Michael Dougherty, and will be flattening cinemas on March 22, 2019. It was announced this week that Adam Wingard (You’re Next, Blair Witch) has been confirmed to direct Godzilla vs. Kong, which is due to arrive just over a year later, on May 22nd, 2020.