Sigourney Weaver Will Have a Cameo in Ghostbusters Reboot 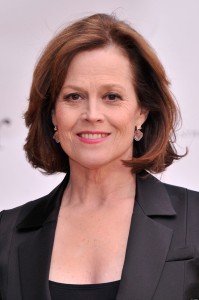 Joining Bill Murray, Dan Aykroyd and Ernie Hudson as having cameo roles in the upcoming Ghostbusters reboot, is Sigourney Weaver who played Dana Barrett in the 1984 original. The news was broken on Twitter by director Paul Feig himself. It is currently unconfirmed whether she will be reprising her role as Dana, but we can expect so.

The film is really shaping up to be a star-filled feature and I’m sure there’s going to be a few more cameo announcements to come. The film has an all-star cast which includes Melissa McCarthy, Kristin Wiig, Leslie Jones, Kate McKinnon and Chris Hemsworth.

Ghostbusters has finally wrapped shooting and we can expect the film on the big screen on 15th July 2016.