An original premise from the minds behind DEADPOOL, Paul Wernick and Rhett Reese, LIFE stars Jake Gyllenhall, Rebecca Ferguson, Ryan Reynolds, Hiroyuki Sanada, Ariyon Bakare and Olga Dihovichnaya, and follows the six-member crew of the International Space Station as they are tasked with studying a sample from Mars that may just be the most important discovery in history: the first evidence of extraterrestrial life on Mars. The only problem is that the discovery becomes all the more significant as their research methods trigger unintended results and the life form proves more intelligent than anyone could ever have expected. 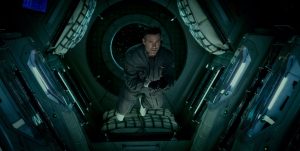