Star-studded horror thriller Shut In arrives in November but right now, you can see the film’s first trailer, which opens on a particularly bleak note. 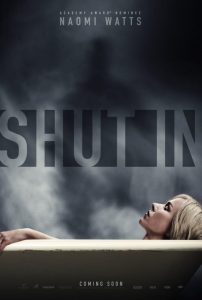 Naomi Watts plays a grieving mother whose son (played by Stranger Things’ Charlie Heaton) is afflicted with the titular syndrome, otherwise known as locked-in syndrome. The film also stars Flatliners’ Oliver Platt, who seems to be enjoying a genre resurgence of late, and Room’s Jacob Tremblay, who recently appeared in Mike Flanagan’s Before I Wake. Shut In is directed by Farren Blackburn (2013’s Hammer of the Gods).

Synopsis:
A child psychologist living an isolated life in rural New England is struggling to put her life back together after the loss of her husband. She’s a strong woman whose courage is put to the test when she’s caught in a deadly storm, trapped in her home, and cut off from the world around her.

Shut In will creep into US cinemas on November 11th, with worldwide releases rolling out in the weeks following.