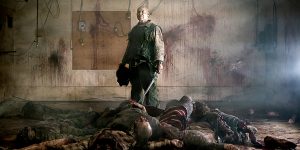 We all need a pleasant surprise right about now, and Shudder has got us covered. The horror streaming platform just surprise dropped Jeff Barnaby’s zombie horror film Blood Quantum, available to watch now in the US, UK, and Ireland.

In the film, the dead are coming back to life outside the isolated Mi’gmaq reserve of Red Crow—except for its Indigenous inhabitants, who are immune to the zombie plague. Traylor (Michael Greyeyes), the tribal sheriff, must protect his son’s pregnant girlfriend, apocalyptic refugees, and reserve riffraff from the hordes of walking white corpses. 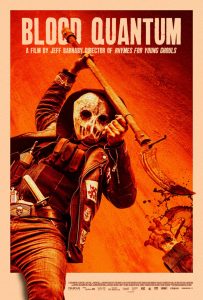 “We knew the film was important and timely when we acquired it last year, but given recent events, Blood Quantum’s themes of isolation, fear of contagion, and humanity struggling with the ramifications of a global virus have only grown more relevant,” Shudder General Manager Craig Engler said in a statement. “When a theatrical release became untenable due to the real-world pandemic, we decided to accelerate the launch of Barnaby’s film so it would reach the biggest audience possible.”

If you haven’t tried Shudder before, you can get a 30-day free trial when you use the code SHUTIN at Shudder.com.