Synopsis:
In 1970s Prague, paralysed American Journalist Gregory Moore (Jean Sorrel) is mistaken for dead and narrates a tale of cults, kidnap and murder, in the run up to his public post-mortem. 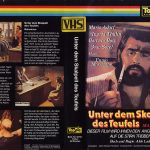 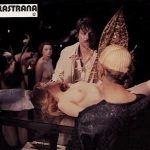 This feature debut from Italian Writer/ Director Aldo Lado (Last Stop on the Night Train, Who Saw Her Die?) opens with a raven pecking at the feet of a presumably dead body in Prague. Gothic elements surface throughout Lado’s progressive Giallo debut, with curious tones and fewer sub-genre tropes i.e. no black glove wearing killers or ominous POVs. Instead, SNGD thrives on its commanding, off-kilter, brutalist/ Gothic elements, partly encouraged by the Czech setting (it was also filmed in Slovenia) and Poe motifs which recall Emilio Miraglia’s The Red Queen Kills Seven Times. Yet Short Night of Glass Dolls seems not a stone’s throw from 70s Amicus: a rib vault, dank yellow mutation with welcome plot turns and a skin crawling finale.

Protagonist Journalist Gregory Moore adopts the role of amateur sleuth, assisting inept cops in the hunt for his missing girlfriend Mira (Barbara Bach), who journeys by train to visit him in Prague. The couple flit about the city, swooning to a sweet Morricone score until Mira mysteriously vanishes. Greg then gets cajoled into an irregular police investigation, an opulent clique and a clandestine world of sects and orgies, gliding into soirees with pasty faced sophisticates while staggering slowly closer to the truth. A sequence featuring crispy skinned upper classes at a classical music concert infuses apprehension, contributing to an atmosphere of unease which festers throughout the first two acts before the film buds into a nightmare. Surreal flash cuts serve as pithy recollections which occur in the “present day” from Greg’s comatose state, suggesting our hero is repressing clues that may reveal what happened to his girlfriend. 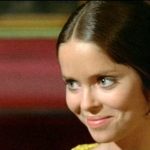 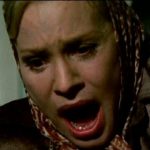 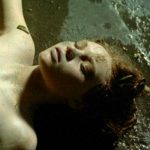 The Czech setting/ Gothic, renaissance and baroque architecture play a major part in informing the mood, genre and visual ambience, making Short Night of the Glass Dolls more of a bleak Giallo than the lurid pulp of Argento, Dallamano or Lenzi. A POV of an ambulance tearing through the city during the set-up, serves as an enthralling intro into a world (and film) that is never quite what it seems and constantly surprises. Meanwhile, a spiky, threatening score by the ever excellent Ennio Morricone lacerates the visuals, honing a portentous skulk and sense of foreboding. Other stand-out scenes include the slow reveal of a corpse in a doorway, a random song by a busker wailing about an imminent blood rain and a spine-tingling denouement, culminating in one of the most skull-shuddering screams in cinema history. 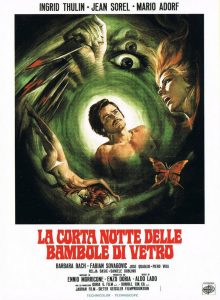 (Lado with Ruediger von Spies) and the actors who portray them, while austere cinematography from Giuseppe Ruzzolini (Duck You Sucker, Firestarter) and startling story turns suffuse novelty. There is a period when the plot gets sluggish and a little convoluted but SNOGD features so many stand out components, it ultimately surfaces as a significant work, both for Giallo fans and those seeking something slightly stranger. An interesting central story detour sees a surgeon attempt to reanimate Greg during his narration; his delayed riga-mortis and odd body warmth suggest he might not be dead. This serves as a welcome deviation from the central/ plot line charting Mira’s disappearance and Greg setting out as an ersatz investigator which leads him into a conspiracy involving a Dark Rites sect. Short Night of Glass Dolls is far from a masterpiece but for Giallo, Hammer and Amicus film fans, it’s a progressive, portentous post-Poe slice of seventies trash cinema that is well worth forking out for.