Shooting Wraps on del Toro’s The Shape of Water 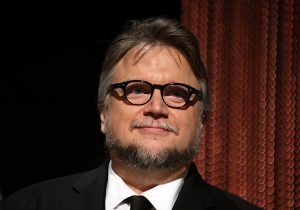 Production has officially wrapped on Guillermo del Toro’s The Shape of Water, a film that is without a detailed synopsis, but has been described as “An other-worldly story, set against the backdrop of Cold War era America circa 1963.” Del Toro took to Twitter to make the announcement, which has obviously got a lot of his fans excited. Not every one of his films is a masterpiece but there is no denying the visual flair and imagination present in Del Toro’s vast filmography.

The film has an exceptional cast which includes Sally Hawkins, Richard Jenkins, Doug Joes, Michael Stuhlbarg, Michael Shannon and Octavia Spencer. Hawkins is set to play a mute caretaker in a laboratory that houses an “amphibious man”, which sounds like the film may be taking inspiration from The Creature from the Black Lagoon.

The Shape of the Water has a release date slated for 2017.