Shooting Begins on Zombie Musical Anna and the Apocalypse

If you’ve always thought that zombie films needed a few more musical numbers, then this film is for you. Production has begun in Glasgow on a zombie musical called Anna and the Apocalypse, based on the short film Zombie Musical by writer-director Ryan McHenry. Sadly, McHenry passed away from cancer in 2015 at just 27-years old.. 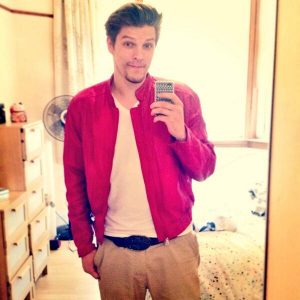 The short was inspired by High School Musical with McHenry not enjoying the film, but feeling as though he would if the cast were to be eaten by zombies. Nice. He said:
“In third year at uni we have to think up an end-of-year film. At the time I was quite short on ideas and I was trying to get some inspiration. I saw a trailer for High School Musical, which I don’t like. The only way I would go to see that is if the whole cast got eaten by zombies. And then I started playing with that idea. I don’t like to go back on my word so I really thought; I’ll give it a go”

You can watch the original short horror-musical below. It’s a hell of a lot of fun and exactly what you’d expect; packed full of zombie grunting, blood, feel-good dance sequences and a splash of romance. We think it’s a brilliant idea to bring to the big, because zomedy-musicals are seriously far and few between.