Sharknado 5 Will Premiere this August

Here’s hoping that it’s going to be fifth time’s the charm for the Sharknado franchise as Syfy has now secured the premiere date for Sharknado 5 and it’s to be this 6th August. There is no title confirmation for the new addition to the sharky series, but as the last one spoofed Star Wars and the Terminator, the ones before featured cameos from David Hassellhoff, Billy Ray Cyrus and Daymond John, we should expect a ton more silliness. 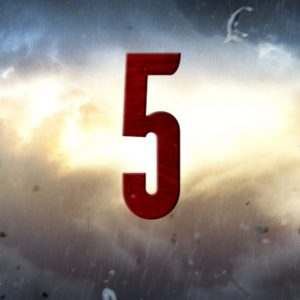 Synopsis:
With much of America lying in ruins, the rest of the world braces for a global sharknado, Fin and his family must travel around the world to stop them.

Sharknado 5 will be directed by Anthony C. Ferrante, who has directed every Sharknado sequel so far and will probably direct every future instalment. The film will star Tara Reid, Masiela Lusha, Cassandra Scerbo, Ian Zierring, Daniel Eghan and Jag Patel.